Although it’s only a few hundred miles south of Los Angeles, Baja California, Mexico might as well be another planet. Ruled solely by the elements, its 55,000 square miles of brutal, desolate landscape. A vast wilderness populated only by the occasional farm, beach resort, or the ruins of an old 18th-century Spanish mission.

At least, for most of the year.

Each year in November, a special breed of glory-seekers gather in Ensenada to participate in a contest. A motor race, around one thousand miles through the desert, circling or sprawling the length of the Baja peninsula. The event brings truckloads of people, cameras, and attention to the otherwise quiet area. These crowds come to see and do battle not only with one another, but with the land itself. Each year’s new race course is a fresh, unmet challenge. Half the teams that begin the Baja 1000 race won’t make it to the finish line. But they come from all around the world to try.

The race officially began in 1967 under the name “The Mexican 1000” with four classes: stock cars, dune buggies, four-wheel-drive vehicles, and motorcycles. That year, Vic Wilson and Ted Mangels pulled up to La Paz first in a dune buggy. It took them one full day and three and a half hours to make it to the finish line, delirious in every possible way.

A few years later in 1976, BFGoodrichⓇ Tires joined this great dusty fray, lured by stories of a course that was the ultimate proving ground for tires. Baja was that and so much more. Every win and loss was a transformative education. Supporting the race, the drivers, and the landscape quickly became a central piece of the BFGoodrich Tires purpose. Today, it’s not just a company tradition. It’s a legacy.

A legacy won in an arena with no seats.

Winning this race is considered the pinnacle of off-road motorsports accomplishments, but what’s so special about a race through nowhere? The adage “if a tree falls in the woods, and no one’s around to hear it…” comes to mind. What’s the point of putting your neck and your vehicle on the line, just to run into a ditch at 3 a.m. miles from support in the wild? On the surface, yes, it sounds a bit insane. But every year, hundreds of talented drivers enter the race, hoping to skirt that fate for victory. To begin to understand it, you must first ask:

The Baja 1000 is an endurance race. It’s not just about going fast; it’s about getting through the course in one piece. Winners embody the best of both the tortoise and the hare. It’s a complex, psychological balancing act achieved by having a deep knowledge of your vehicle and its limits — as well as yourself and your limits.

This year’s course is 1,227 miles long, stretching from Ensenada to La Paz, Mexico. It’s not a smooth ride. Up and down the peninsula, mountain ranges alter the landscape, keeping drivers on their toes, looking out for new obstacles. The bumpy course and high speeds are tough on drivers’ bodies, and the fine silt-like sand — if your vehicle isn’t already stuck in it — gets everywhere: engines, mouths, and eyes.

At night, ambient light falls to zero. Driver’s headlights are their only tool against the pitch black of the desert. Extra care must be taken to avoid obstacles, traps, and collisions with slower-moving vehicles. It’s not unheard of to get lost along the course during the day, even more so at night, when visibility becomes a major issue.

If you make it over the steep drops and boulders, through the dunes and river crossings, and around the herds of cattle and cacti forests without breaking down, you’ve got a shot at finishing the race. In 2020, 185 teams began the race, and 111 went the distance to cross the finish line. A solid 60%.

Rookies do not win this race. In fact, when you line up the racers most likely to win on any given year, you’ll see a lot of veteran faces. Unlike most other sports, in endurance desert racing, age is an asset. More precisely, experience is an asset. The more times you’ve run the race, the more obstacles you’ve encountered, and lessons you’ve learned. The veteran driver knows the way around or out of more sticky situations that can slow you down.

For this reason, mentorship is very important to becoming a competitive desert racer. Legacy families are common in the sport, as fathers pass down their Baja wisdom to their kids, giving them a potential leg up when certain obstacles arise. There is no shortage of obstacles out in the desert. Here are a few that pop up every year:

The game is to expect misfortune and be ready to deal with it quickly in order to get back on your way. Detailed knowledge of your vehicle, and how to quickly and effectively fix any mechanical issue that could possibly arise is a core part of every winner’s playbook.

In an endurance race, horsepower is nice to have, but durability is a must-have. Both driver and vehicle take a serious beating during every mile of this race. From lights to safety equipment to tires, proven parts that can take that beating and still perform play a huge role on every winning team. Those parts vary by vehicle. The Baja 1000 race features trucks, cars, UTVs, motos, and quads, all separated into classes based on driver level and engine power. As new technologies become available, classes are added. This year, a class for electric vehicles was added.

Racing hundreds of miles across some of the most rugged terrain on Earth, you need a capable tire. A nearly indestructible tire. This fact of nature is what attracted BFGoodrich Tires to this event in the first place. The Baja 1000 race is where tire designs go to sink or swim, and where traction, ruggedness, and overall performance are put to the ultimate test. BFGoodrich Tires is proud to use this challenging event to bring race-proven technology to all of its light-truck and recreational tires, even those made for non-race vehicles.

“I run BFGoodrich Tires because they are authentic. Their history at the pinnacle of off-road racing cannot be duplicated by any other company.” – Brad Lovell, Baja 1000 Champion

Drivers typically compete with one co-driver or navigator in the car, and front-runners often take the race in driver shifts. But even that’s not the full extent of the team. Racing teams vary greatly in size and makeup. But an expert crew by your side--physically, in the pits, and over the radio, is absolutely part of a winning strategy. This group is composed of trusted individuals who know how to spring into action when trouble arises. The best pit crew members are often jacks of many trades and excellent problem-solvers. A winning team will include mechanics, fabricators, co-drivers or navigators, logistics support, chase truck drivers, GPS tracking support, and more. Many teams have a chef and medic, too.

Pros and privateer competitors alike also depend on the BFGoodrich Pit Support Program for vital communications infrastructure, mid-course pit locations, and the “Baja Bible” — a course map and guide document created by experts each year and available to all competitors who race exclusively on BFGoodrich Tires.

First established in 1982, the BFG Pit Support program was designed to make it easier and safer for new talent to participate in Baja racing. To learn more about the BFGoodrich Tires pit crews and racing legacy, check out Building for Baja, a four-part video series that takes you down to Baja to see it all in action.

Winning the Baja 1000 is not something anyone does on a whim. It’s a life’s calling.

A full-time job, and then some. Serious competitors spend the weeks leading up to the race in Baja testing. They test their driving skills and their equipment, they scope out the course, and they do what they can to prepare for the unexpected. This period of troubleshooting is called pre-running. It was reported that, in 2020, Luke McMillin (the Baja 1000 overall winner that year) racked up close to 2,000 miles on the odometer while pre-running in preparation for the Baja 1000 on his section alone. That’s more than double the 898-mile race that year.

“When you win the Baja 1000, and you come back to your hotel room, most people’s first thought would probably be, ‘Let’s party!’ I believe his first thought is, ‘How can I win by 10 more minutes next year? I have 364 days to figure out how to win again, faster and easier.’” – Cayden MacCachren, on his dad’s racing ethic.

As mentioned, completing this race is considered the pinnacle of off-road motorsports achievements. And it’s one that happens largely out of the limelight. For the winner, there’s a podium moment at the end with champagne and a big, shiny medal. But the race isn’t won at the end. It’s won in the middle, battling the elements, the competition, and sometimes, one’s own sense of self-preservation. Just driver against desert.

Like climbing Everest, or running for president, it’s simply one of the most uniquely difficult tasks on Earth. It requires a set of specific skills, experience, equipment, support, dedication, and a bit of luck, too. It’s a feat of a lifetime. And a very big deal.

This beginner’s article has only scratched the surface. To experience the big Baja deal for yourself, tune in to stream race coverage at the BFGoodrichTires Facebook page on Thursday, November 18, 2021.

All photos captured by Art Eugenio.

What is Robbie Pierce Building For?

"After decades of success as a welder, an innovator, a brand-builder, and an off-road legend, we sat down with Jimco Racing’s Robbie Pierce to discover what keeps his foot on the gas." 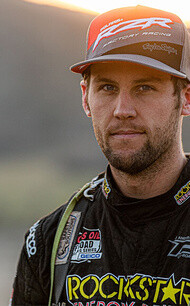 RJ Anderson: The Price of Podiums

Out in the sandy hills of Baja, or the barren Nevada desert, people still ride steel chariots into battle. RJ Anderson is one of those people. 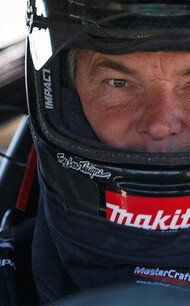 Rob Mac: Second to None

Rob MacCachren. Rob Mac. Rob. Call him whatever you want, but you’ll never catch him. He’s the most decorated driver in off-road racing history.