Ken Little bought his 2008 Dodge Ram 2500 6.7 CTD with one goal: adventure. Nicknamed Megafunctionalram, Little and his Dodge were prepared to conquer all types of trails.

Little had recently heard about overlanding and was hooked. He’d always been outdoorsy, but in the past, he traveled with a 30-foot trailer, going on day rides after reaching his destination.

After dipping a toe into off-road cartography by studying trail maps, Little quickly came up with a list of places he wanted to trek through: the Mojave Road, Anza Borrego, the High Sierras, the Maze district in Utah and all the passes in Colorado.

Little got in touch with some friends and they decided on their first adventure—the Mojave Road. They planned to start in Afton Canyon and turn off at Kelso-Cima Road, which they would then take down to I-40. This route would cover about sixty miles of trail and take them near mines, across Soda Lake and past the Travelers Monument and the Mailbox.

Soon, Little and his friends, Chris Ridgeway, Kristol Katmann, and Nick Ubel, were off. Ridgeway and Katmann rode in a Jeep Wrangler TJ, Ubel took his Dodge Ram 1500 and Little drove his trusty Dodge 2500 CTD. Once they hit dirt, they aired down. Little took his tires down to 20 PSI and slogged forward through miles of jagged rock and soft sand.

The first part of the trail parallels the train tracks and crosses the Mojave River. The river was over three feet deep because of significant rainfall in California that year, but the group traversed it without trouble. From there, they followed the trail under some trestles, down to Afton Canyon.

Next, the group took a slight detour to explore the area around Cave Canyon Iron Mine. They followed the former rail-system route near closed mine shafts and over old railroad ties buried in the ground before connecting back to the Mojave Road.

Later, Little spotted a ridgeline and the group decided to give it a shot. There’s only one way to find your limits. As it turned out, Little found his. After adding character to the passenger side of his truck, the real fun began—as they were turning all three vehicles around, fluid sprayed out of the boot on the steering rack on Ubel’s truck. Luckily, they had spare fluid and were able to top off the reservoir once it cooled. His steering was in rough shape. So he manually provided the power and the group kept moving.

As they entered the Mojave National Preserve, they saw something in the sky: three Cobra helicopters accompanied by a Huey—a pretty amazing sight.

They continued to Travelers Monument—a large pile of rocks left by fellow off-roaders in the middle of the dry lakebed—but quickly figured that Ubel’s steering wasn’t going to hold up. Their expedition met an untimely end. While it was a far from ideal ending, it’s safe to say there are plenty more expeditions in Little’s and Megafunctionalram’s future. 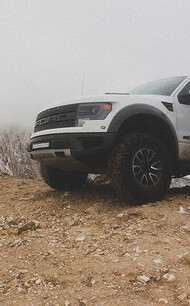 Looking back on a recent off-road expedition in the Colorado Rockies, there’s one thing that Roger Lovell, a BFGoodrich® Garage Pit Crew member, realized: You can’t climb mountains without the right gear. 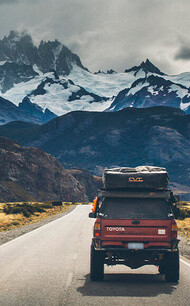 In the spring of 2013, Richard and Ashley Giordano needed a change. Apparently, a big one. They sold their belongings, quit their jobs and became full-time adventurers—a decision that would let them explore the world, one trip at a time. 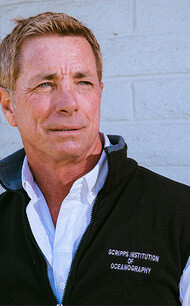 Tom Holm is the founder of EcoTrek Foundation, a nonprofit with the goal of preserving cultural and natural resources through renewable power, products and practices. 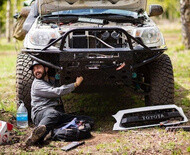 You are using an unsupported web browser
You are using a website browser that is not supported by this website. This means that some functionnality may not work as intented. This may result in strange behaviors when browsing round. Use or updgrade/install one of the following browsers to take full advantage of this website