A Renaissance Man with a Wrench

You can learn a lot about a person by what’s in their garage. Take Andrew Comrie-Picard for example. He lives on a quiet, unassuming street. But this Canadian racecar driver, stuntman, TV personality and wine expert has years and years of stories hidden behind his ordinary garage door.

Inside, there are the requisite workbenches and toolboxes. But look up and you’ll see every inch of wall space is covered with books, mementos, trophies and parts.

On one wall, there’s a photo of Comrie-Picard with rally legend Colin McRae. There’s a medal from the 2010 X Games, a medal for winning Class 10 in the Baja 1000, trophies for winning the Targa Newfoundland Rally in 2008 and 2010, and a plaque for winning the North American Rally Cup championship in 2009.

There’s a collection of parts: the steering wheel from his first car; his first racing wheels; a rare Benetton F1 steering wheel; a wheel he broke on the way to winning a rally stage; blown turbocharger parts, bent gears, speedometers and more.

“I like the adventure, I like the challenge. That’s why I’m interested in navigation equipment, rally equipment, odometers, clocks, watches…” He gestures towards another box, this one containing his watch collection. “The stuff that chronicles your challenge, whether it’s distance or time.”

Step out of Andrew’s garage and onto his driveway, you’ll notice a 2013 Volkswagen Golf GTI befitting of a family man. Next, you’ll see a 1982 Porsche 928 imported from Germany. That’s his “airport car”. The next is a Porsche 911 Turbo from the same year with a whale tail spoiler that fills the width of the driveway. It’s a car affectionately referred to as the “Widow Maker”. Last, but not least is the 1972 Jaguar E-Type convertible, a car Enzo Ferrari called the most beautiful car ever made, handed down from Comrie Picard’s late father.

If his garage and driveway tell one story, his office says another. It tells the story of a man relentlessly pursuing higher education to the tune of five degrees. A JD, an MBA, and a degree from Oxford led Comrie-Picard to a career working as an entertainment lawyer. During this period, he wrote off his adolescent dreams of becoming a driver and an actor as “potential hobbies.”

“I hated my job. I was on the wrong side of my own desk. I wanted to be out doing what my clients were doing.”

But soon he realized, “I hated my job. I was on the wrong side of my own desk. I wanted to be out doing what my clients were doing.” So, he committed himself to racing, with little income and a stack of prestigious degrees gathering dust. Soon, the opportunities began to pile up and Comrie-Picard was competing in the X Games, hosting shows on the Discovery Channel, doing stunts and writing scripts for Top Gear USA.

After two decades of school, office jobs and hustling, Comrie-Picard finally found his way back to his garage, where he was always meant to be. 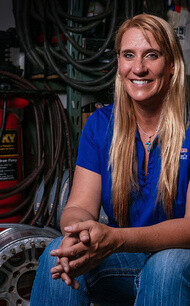 To put it simply, Charlene Bower does it all. To expand on that, she has started her own PR and marketing shop and founded the Ladies Offroad Network, among being an avid off-roader with a bevvy of skills. 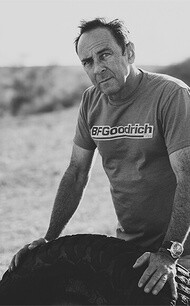 A Story of Glory and Heartache, Written in Dust

Rich Minga can trace his off-road heritage to his childhood, when he went camping in Baja with his family. 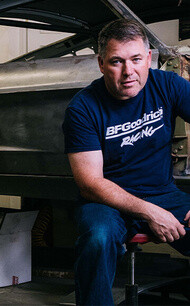 Brian Finch: It's Never Too Late To Start

For many people, racing runs in their blood—plenty of family trees find their roots at the track.